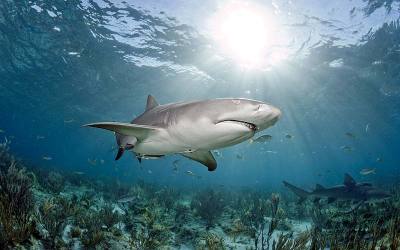 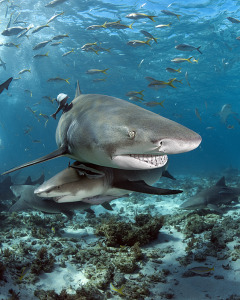 Lemon sharks use their yellow color to successfully hide in their natural habitat. They can be found swimming along the sand at the bottom of the water, which protects them from predators and gives them an advantage over their prey.
The lemon shark is a large, stocky, blunt nosed shark with two dorsal fins of similar size. The first dorsal fin is low and positioned posterior to the pectoral fins, the second dorsal is of similar shape and size and positioned anterior to the origin of the ventral fin. The pelvic fin has weakly concave rear margins and the outer margin of the pectoral fin is slightly convex. The snout is round and shorter than the width of the mouth. There is no mid-dorsal ridge present on this species. Like most sharks, lemon sharks have very sharp teeth, but they are shaped differently. They are curved rather than all the way up and down. This allows them to easily catch slippery fish.

The lemon shark inhabits coastal inshore waters from New Jersey (US) to Southern Brazil, Gulf of Mexico and Caribbean in the northwestern Atlantic Ocean and along Senegal and the Ivory Coast of Africa in the eastern Atlantic. This species of shark often occupies the subtropical shallow waters of coral reefs, mangroves, enclosed bays, and river mouths, making them an ideal scuba diving attraction.

Since they are so frequent around the Bahamas, Lemon sharks have been extensively studied in recent years in the wild off Bimini. They are social animals and like to live and hunt in packs, so you can expect an interesting encounter when diving with this kind of shark. They present a minimal threat to divers and prefer to swim slowly, so one can hope to have a nice and rewarding experience when diving alongside one. Lemon sharks are a guaranteed encounter on any of our Tiger Beach shark diving expeditions, where you will also see Tiger Sharks! 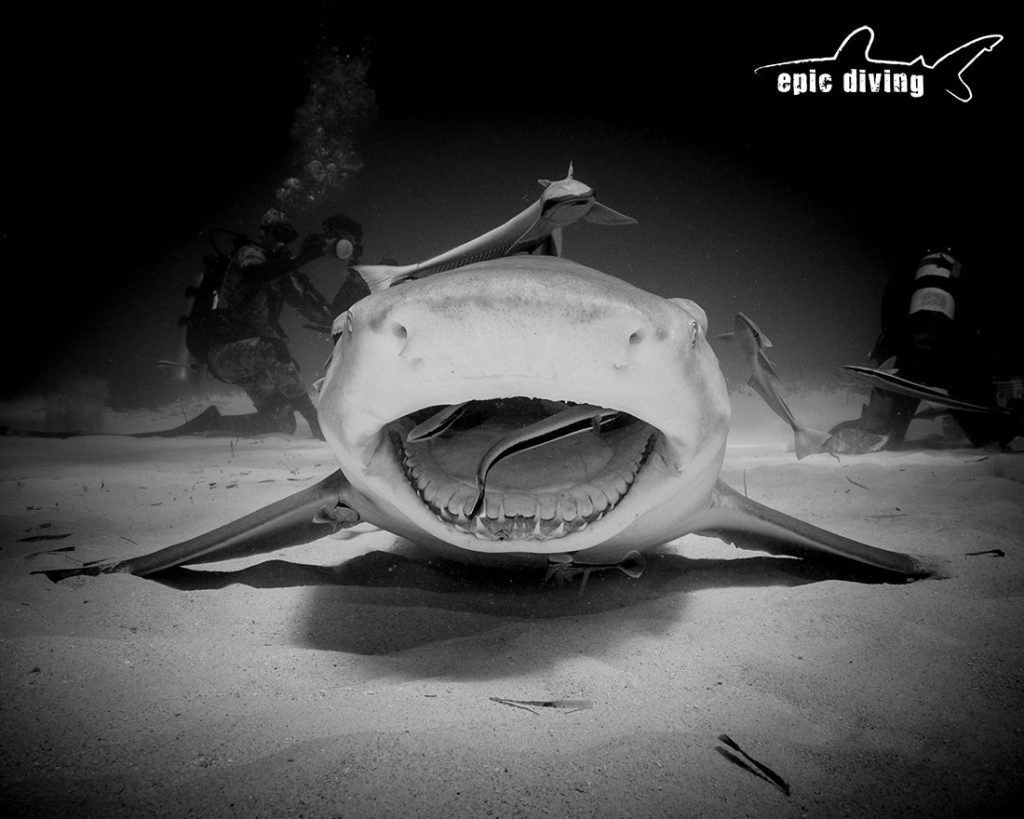