President Barack Obama recently created the first marine national monument in the Atlantic, which will prohibit commercial fishing in a series of deep canyons and extinct undersea volcanoes that lie more than 150 miles off southern New England, along and beyond the continental shelf. The marine park totals 4,900 square miles and will now constitute a no-take zone. 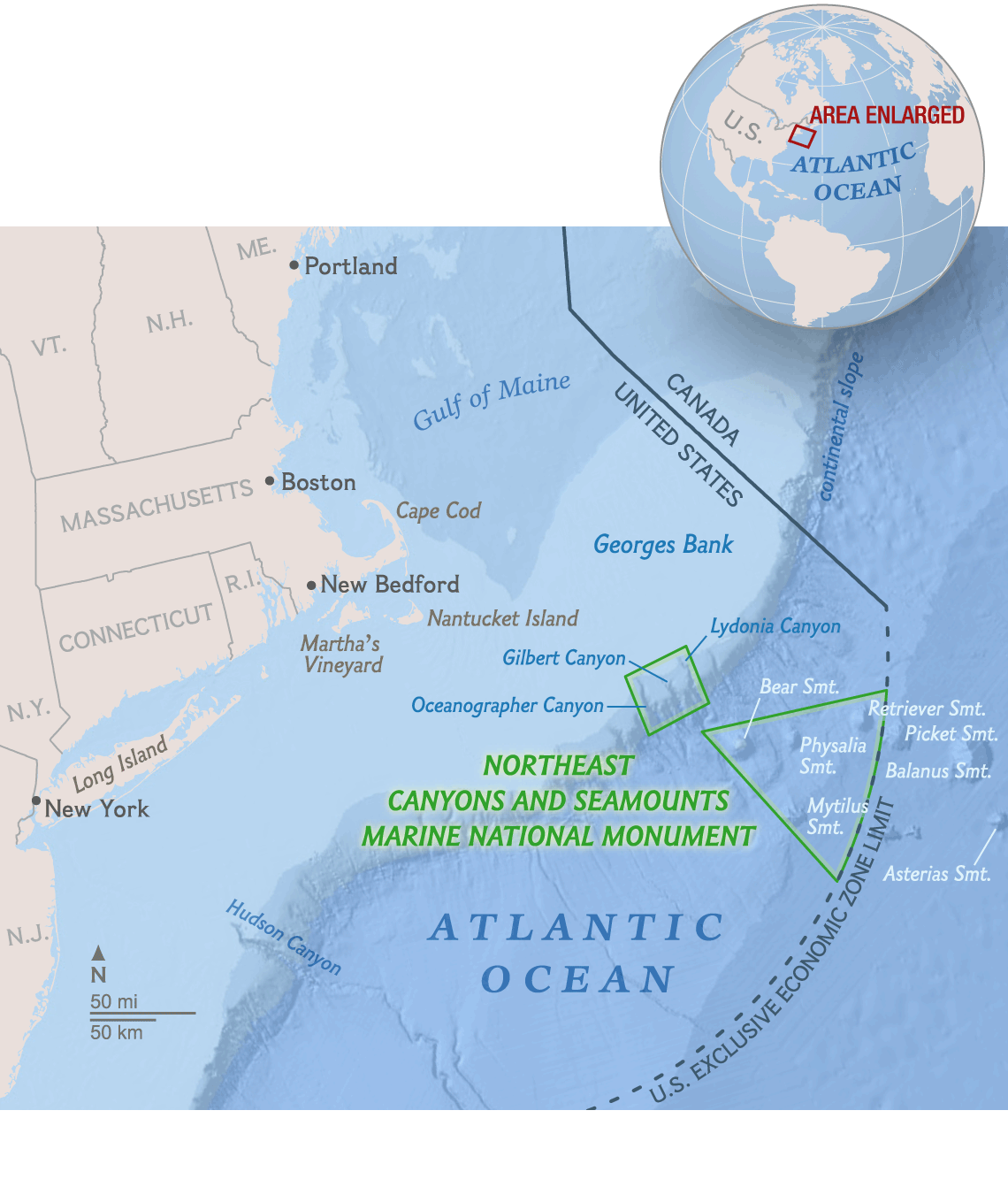 The first national monument in the Atlantic will protect deep canyons along the continental shelf and a chain of extinct undersea volcanoes.

“The notion that the ocean I grew up with is not something I can pass on to my kids and my grandkids is unacceptable. It’s unimaginable,” Obama said in announcing the Northeast Canyons and Seamounts Marine National Monument at the State Department’s Our Ocean conference in Washington, D.C. “Dangerous changes in our climate caused mainly by human activity, dead zones in our ocean caused mainly by pollution that we create here on land, unsustainable fishing practices, unprotected marine areas in which rare species and entire ecosystems are at risk. All those things are happening now. They’ve been happening for a long time. So if we’re going to leave our children with oceans like the ones that were left to us, we’re going to have to act and we’re going to have to act boldly.”

This comes just weeks after President Obama expanded the Papahānaumokuākea Marine National Monument in the northwestern islands of Hawaii to more than half a million square miles—the largest protected area anywhere on Earth.