Shark Diving Capital of the World: The Bahamas

From the Bahamas National Trust and PEW

Sharks are in trouble globally, and there are few locations where healthy shark populations still exist. The Bahamas is one of these rare exceptions. Because of the ban on longline fishing gear in the 1990s, Bahamian shark populations remain relatively healthy with a great diversity of species. By establishing comprehensive protections for sharks, not only will sharks be permanently safeguarded against other threats, but the health of the marine environment and the economy of The Bahamas will be conserved for generations to come.

An Asset to The Bahamas

Tourism is the largest economic income generating sector in The Bahamas. Many tourists come to The Bahamas to participate in diving or recreational fishing. Television and film crews also frequent The Bahamas to make use of the clear water and available shark species, generating further public and media attention for the islands. As a result, the high diversity and abundance of sharks provide a valuable asset to the Bahamian economy.

The Bahamas is one of the top destinations to snorkel and/or dive with sharks, claiming the name “Shark Diving Capital of the World.” Sharks rank high on the majority of scuba divers’ must-see lists, and many divers would be willing to pay more to see a shark in the wild. With 92 percent of The Bahamas Dive Association members offering some form of shark dive activity, sharks have become the main attraction in The Bahamas. Over the past 20 years, shark related tourism has contributed more than US$800 million dollars to the Bahamian economy. A single reef shark is estimated to be worth US$250,000 over its lifetime for tourism if kept alive on the reef. If it is fished, the same shark generates a one-time value of US$50-60. Sharks are clearly worth more alive than dead, demonstrating the need to protect this valuable resource.

Sharks have been swimming the world’s oceans for more than 400 million years. They have survived multiple mass extinctions, but they are not equipped to withstand the threats now posed by humans. Their life history characteristics, such as slow growth, late maturation and production of few offspring, make them vulnerable to overfishing and slow to recover from decline. As a result, shark populations are in trouble globally.

The demand for shark fins, meat, liver oil and other products has driven numerous shark populations to the brink of extinction. The growing demand for the Asian delicacy, shark fin soup, has led to the killing of up to 73 million sharks a year and is impacting shark populations worldwide, which could potentially affect The Bahamas. The International Union for Conservation of Nature (IUCN) Red List of Threatened Species has assessed that 30 percent of shark and ray species around the world are threatened or near threatened with extinction. The loss of sharks could cause irreversible damage to the ocean—and to economic activities, such as dive tourism, that benefit from healthy marine habitats.

Time is of the essence – giving sharks permanent protection in The Bahamas helps
grow our economy, creates jobs and helps secure the continued survival of these
incredible animals. 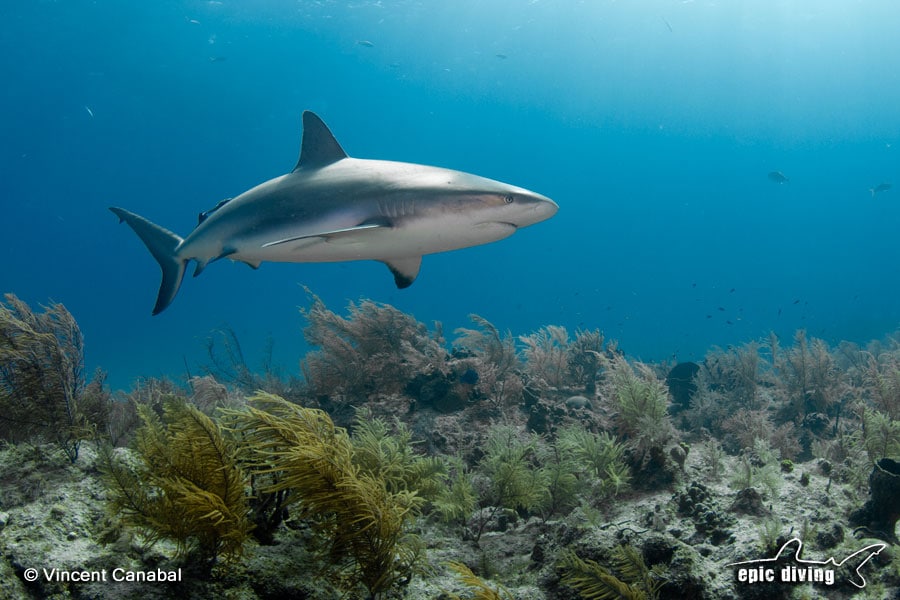