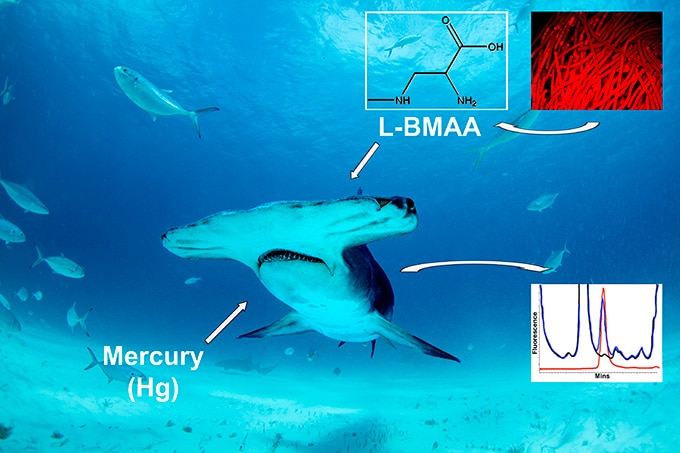 In a new study, University of Miami (UM) scientists found high concentrations of toxins linked to neurodegenerative diseases in the fins and muscles of 10 species of sharks. The research team suggests that restricting consumption of sharks can have positive health benefits for consumers and for shark conservation, since several of the sharks analyzed in the study are threatened with extinction due to overfishing.

The species sampled for this study were the:

The two toxins analyzed were Mercury and β-N-methylamino-L-alanine (BMAA) which have been linked in recent studies to both Alzheimer’s disease and ALS.

Find the full article and link to the scientific publication here: Study Finds Shark Fins & Meat Contain High Levels of Neurotoxins Linked to Alzheimer’s Disease | The Rosenstiel School of Marine and Atmospheric Science at the University of Miami