Exciting news this week as four new shark sanctuaries were announced for the Caribbean!  Both St. Maarten and the Cayman Islands decided to completely close their exclusive economic zones to commercial shark fishing.  The islands of Curacao and Grenada have also announced that they will follow suit and create legislation later this year to protect sharks in those regions.

“People from all over the world come to our island to dive and snorkel with our marine wildlife, including sharks and rays,” said Irania Arrindell, St. Maarten’s minister of tourism, economic affairs, transport, and telecommunications. “St. Maarten’s shark sanctuary will help to ensure that our local shark populations exist for future generations and continue to benefit St. Maarten’s marine ecosystem and ecotourism.” 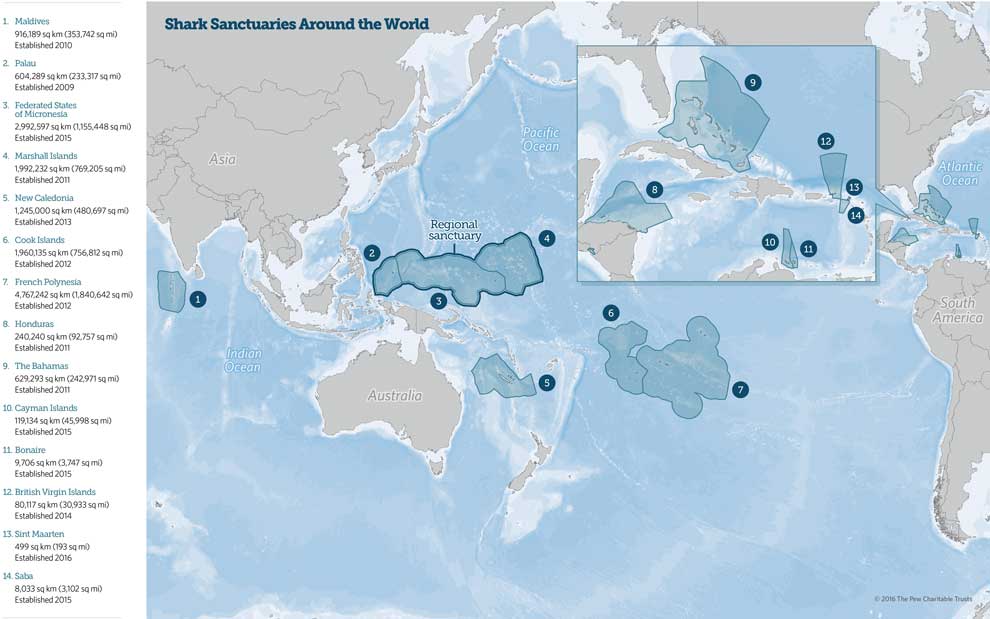 “Establishing sanctuaries to protect all sharks makes clear that these top predators warrant the same status as other vulnerable marine wildlife that help attract ecotourism, such as turtles and whales.”

It is so crucial that the attitudes and opinions of people and governments change and recognize the important role sharks play in the ocean ecosystem.  Their protection is desperately needed to preserve a healthy ocean environment.

Take a look at the full press release from PEW here.