The number of shark attacks have dropped off significantly in 2016 compared with last year, which set a new record for most attacks in a single year. Shark attack expert and curator of the International Shark Attack File, George Burgess, attributes this at least in part to the dissipation of El Niño. In 2015, there were 59 recorded shark attacks in the United States, setting a new record. 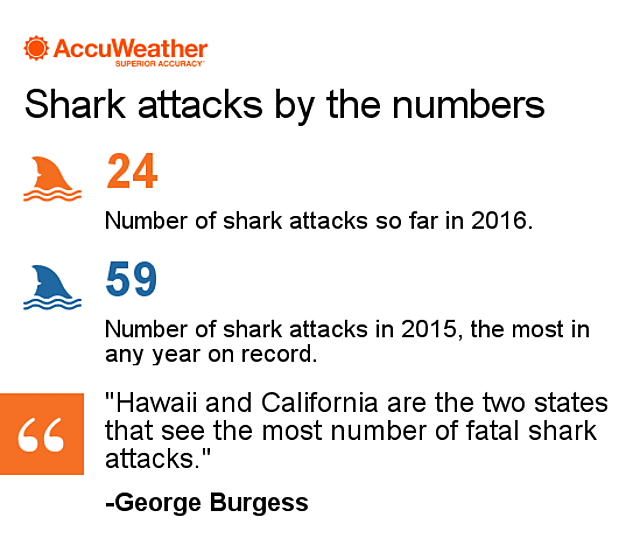 “Warmer water temperatures promote the movement of tropical or sub-tropical animals up the coast, allowing them to go farther north and allowing them to stay longer before winter comes around,” Burgess added.

This translates to a higher chance for shark-human interaction in El Niño years since sharks inhabit coastal waters for a longer part of the year.

Over the past several years, the average number of shark incidents in the United States has been 53 per year.

Surrounded: Island of the Sharks

As shark populations bounce back, here’s how to be safe